Today was another travel day. We didn't have the outside thermometer set up so don't know the AM temp. However we checked radar when we woke up early thinking we might go ahead and leave. There was a nasty looking storm coming our way so we just slept a little longer and let it pass. We had some pretty strong winds during the night – Fred was rocking at times. We left at 8:15 this morning. We are glad we made that decision because we had no severe weather/winds during our drive to Carthage, Mo. We did have rain but were so blessed that the timing was such that we slipped through breaks in the strong storms.

We stopped in Nebraska City, Nebraska at the Lewis and Clark  Missouri River Basin Visitors Center.  They have a really nice facility with some nice display both inside and out.  Also some trails we would have enjoyed, except it started raining pretty hard while we were there. 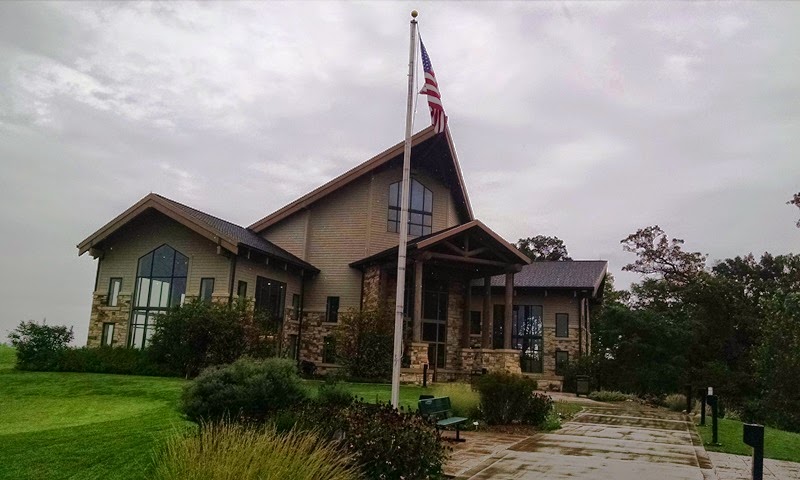 Right now it is 7:20 pm and we are currently under a severe thunderstorm warning. Of course one of us is outside taking pictures of the clouds. We do have our weather radio and it is set for our county – Jasper, Mo. We actually went under the warning while we were programing it. We have been involved with EMA too long. We do watch the weather and try to be prepared. If things start looking too bad we will seek shelter and will not ride it out in Fred. Remember that an automobile is one of the worst places to be in a severe storm. Fred isn't really much better. A RV park was hit by a tornado earlier this year and there were deaths in the park. 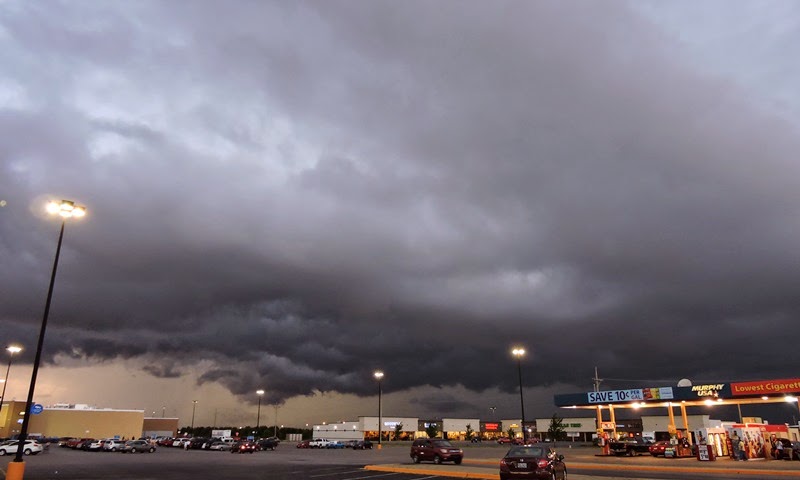 OK – the storm is now past us and we got some rain and a little wind (and some pictures) but the strongest area of the storm went north of us. The rain has lowered the temperature which is nice. Earlier we had to have the generator on so we could run the overhead air conditioner. Too hot!

Tomorrow we will move to Branson – about 2 hours away – for our NOMADS meeting. If you are not aware, NOMADS – Nomads On a Mission Active in Divine Service – is part of the United Methodist Church and the national meeting is in Branson this year. This is a group of RVers who travel in their RV's to different areas of the country doing mission projects. Some people say NOMADS stands for Northern Old Men Avoiding Deep Snow since there are a lot of snowbird projects in Florida, south Texas, and Arizona January – March. We are relatively new members and this will be our first national meeting. We will be in Branson thru next Friday. We have already checked out the bakeries online and there appears to be several good doughnut shops. Guess we will be checking those out. More tomorrow.
Posted by Anne at 6:36 PM

RVing With a Purpose
Our Trips West